MAKING THE VIDEO FOR 'LOVE FIRE'

Great fun this weekend making the video for 'Love Fire'. 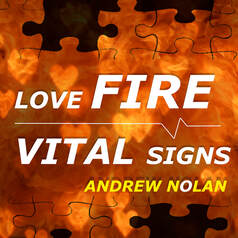 ​2022 was an incredible year for UK pop divo Andrew Nolan and Crazy Dog Records with three massive singles including the superb cover of the Bucks Fizz track ‘Every Dream Has Broken’ and the recent pop ballad ‘I Need Your Love’ still riding high in the LGBTQ Chart.

2023 looks set to be even better with two hot new ‘pop pumping dance tracks’ ‘Vital Signs’ and ‘Love Fire’. Both tracks will be released on all streaming and download platforms on 10th March and available to pre-order from 14th February on iTunes and Amazon. Released on Crazy Dog Records and both tracks will appear on Andrew’s forthcoming album ‘Broken Dreams’.

Available to pre-order 14th February and released on all digital download and streaming platforms 10th March 2023.

OUT NOW on all streaming and download platforms. FANLINK

ANDREW'S UP AND COMING TV, RADIO AND APPEARANCES
Andrew will be appearing on the following TV and Radio Shows:

Another chance to catch Andrew's recent chat with Jaden Cornelious  along with other great interviews including ;the one and only Chesney Hawkes, Eurovision songstress Nicki French, The mighty jungler Steve Grant (Tight Fit), fizzy poptactic Stephen Fox (Bucks Fizz) and the fabulous 'That Was Then: This Is Now' presenter Haley Palmer.

I NEED YOUR LOVE / IF YOU'RE RIGHT - PRE ORDER NOW 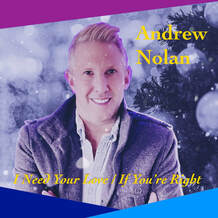 Andrew released the high energy pop cover of ‘Every Dream Has Broken’ in September 2022, and now, just in time for Christmas, Andrew is back with this fab double AA side release; ‘I Need Your Love’ and ‘If You’re Right’ as the festive follow up.

‘I Need Your Love’ is a totally original song written by David ‘Buzz’ Buswell at Crazy Dog Records.  The song was written way back in the late 1980s and just in time for Christmas provides us with a truly fabulous retro ballad. A festive video accompanies the song and will be available to view on both the Crazy Dog Records and Andrew Nolan channel on YouTube.

The second track on this double AA side release is ‘If You're Right’, this wonderful song was originally recorded by Barbara Dickson as the follow up to the massive number one ‘I Know Him So Well’.  The song has also been recorded previously by Lulu, Alan Garrity and the fabulous Cheryl Baker. Produced and mixed by David ‘Buzz’ Buswell, both tracks are released on the Crazy Dog Record label and distributed through Horus Music.
RELEASED ON ALL DIGITAL DOWNLOAD AND STREAMING PLATFORMS 25th NOVEMBER 2022 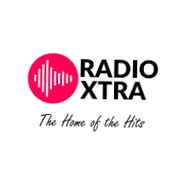 My recent interview with Radio Xtra UK along with many other great guests including the fabulous Cheryl Baker from The Fizz, Stevie Grant from Tight Fit , Eurovision Star Nicki French and David Knopfler of Dire Straits.

'When I'm With You' keeping the retro 80s vibe party going in the Norwegian Epic 'Bliss' nightclub. 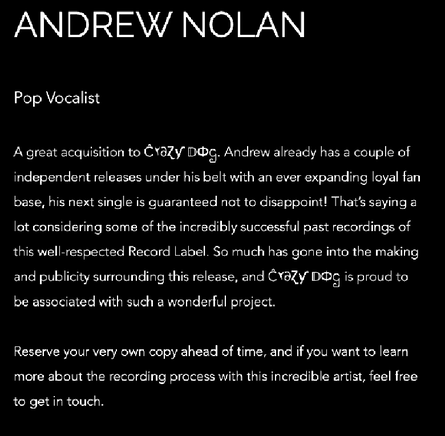 I'm delighted to announce a new collaboration with Crazy Dog Records, working with song writing supremo David 'Buzz' Buswell, the co-writer of the fantastic Heritage Chart Number One 'Fallout' by the amazing Tight Fit and the dancefloor stomper 'Eye of The Storm' by Fragma's Maria Rubia .

We are currently working on two great tracks, one is a fantastic cover version which I am sure you will love.
More details on these summer releases coming soon so stay tuned.

Music Producer, Composer and Mixer Sakis has remixed songs by some of the biggest names in pop including: Whitney Houston, Kim Wilde, Michael Jackson, Steps and recently Kylie Minogue and Years and Years with the amazing ‘A Second To Midnight’.

Sakis has once again worked his magic, this time remixing the debut single by UK recording artist Andrew Nolan, giving ‘When I’m With You’ that full 80s Stock Aitken and Waterman retro style treatment and not only is there a remix but also a brand new remodelled video.
​
“When I’m With You’ is an original track written by David Wilks of DWP Records and is released on DWP Records and Odessa Mama Records, one of Australia’s largest independent record labels and available worldwide in the coming days to download or stream on You Tube, Spotify, iTunes and all other streaming platforms.

​Here are some of my latest singalong covers.. enjoy! 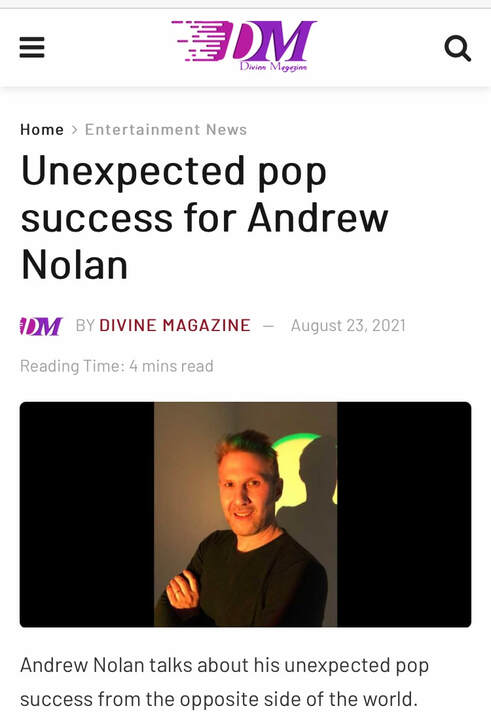 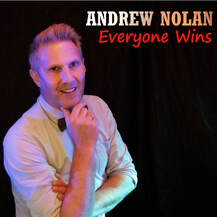 DWP Records and Odessa Mama Records are excited to announce the release of the brand new track ‘Everyone Wins’ by UK recording artist Andrew Nolan.
‘Everyone Wins’ is the follow up to the fantastic ‘When I’m With You’ and is also an original track written by David Wilks of DWP Records.

Whilst still retaining that classic catchy retro 80s pop sound, ’Everyone Wins’ has more of a retro soul funk sound which instantly takes you back to the classic Stock, Aitken and Waterman sounds of songs performed by Sybil ‘Make It Easy On Me’ and Boy Krazy’s ‘Thats What Love Can Do’.

‘Everyone Wins’ is available to download now on iTunes and Apple Music and shortly available to stream on Spotify and Amazon Music, look out for the video on You Tube.
​ 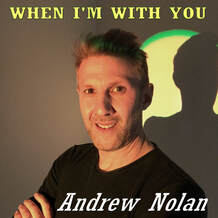 'When I'm With You' Release
​
'When I’m With You’ is an original song written by David Wilks and is released in April 2021 through (c) 2021 DWP Records and Odessa Mamma Records, one of the leading independent record labels based Melbourne.  Its a brilliantly crafted classic retro pop song with great percussion, synths, guitar rifts and an incredibly catchy chorus guaranteed to have you on your feet dancing and singing along in seconds.
MORE ABOUT ANDREW NOLAN

This website uses marketing and tracking technologies. Opting out of this will opt you out of all cookies, except for those needed to run the website. Note that some products may not work as well without tracking cookies.

Working from Home? Listen Here to My Lockdown Playlist

Bucks Fizz and The Fizz